The eighth of our “Harmonization Just Us Conversations” Event was conducted on 4 October 2019 in Konya.

In the opening speech, Deputy Governor of Konya Mehmet Ali ÖZKAN said: “This geography has always been a safe zone for those who flee the persecution and has always embraced the needy and oppressed people. We opened our doors to millions of people who have been persecuted in many countries of the world. We have protected these people by meeting their basic needs. Since then, all foreigners who are either under temporary protection or under international protection have been provided access to many rights and services such as access to education, health and labor market in our country.”

Our Harmonization and Communication Department President Aydın Keskin KADIOĞLU said in his speech: “There are nearly 3 million 700 thousand people in our country and there are about 110 thousand Syrian brothers and sisters in Konya. Because the children of this civilization are obliged to do this, our belief, our civilization, our history, our culture commands us to do so. My every brother or sister in Konya has the essence of brotherhood and friendly conversation. Because this noble nation with its great sacrifices throughout the history, has managed to become one heart in the face of every mass migration in recent times. Although our ideas are different, our languages, beliefs, sects, ethnic origins and cultures are different, as human beings, we will not lose our reverence and respect for each other no matter what.”

Our Department of the Protection of Victims of Human Trafficking President Osman KORAMAZ said: “I would like to say that as a person who believes that our guest brothers and sisters as a matter of compassion, not as burden but as a matter of mercy; we should not consider some of the mistakes of our Syrian brothers and sisters as the mistakes of all of our Syrian brothers and sisters. Let us know that our brotherhood, unity, livelihood, peace are safe with us. Every person expecting help and mercy from us is a test of our faith and humanity. There is a negative perception that migrants will worsen conditions of the places which they have escaped, because of the bad conditions in their own countries. However, migrants have contributed to the development of their communities by providing positive contributions to the places they migrate in the long term.

Our Acting Director of Konya Provincial Migration Management Zeki Afşin BUZCU stated that the migration issue is a human and conscientious matter and they are aware that it is a work that touches people.

The event took place in the form of a conversation with the participation of people from every segment of society, especially local and foreign opinion leaders. The last part of the event, which includes Local Studies in the Field of Social Harmonization, Difficulties in the Field of Social Harmonization, Recommendations, Suggestions and Requests; was moderated by our Department President Dr. Aydın Keskin KADIOĞLU. The event ended with the song “Memleketim“, which was sung by local and foreign participants all together.

Our Harmonization and Communication Department President Dr. Aydın Keskin KADIOĞLU and Our Department of the Protection of Victims of Human Trafficking President Osman KORAMAZ along with the accompanying committee made a series of visits the day before the event. The first stop of the visits was the Governorate of Konya. KADIOĞLU and his accompanying committee visited Acting Governor Hasan KARAKAŞ and Deputy Governor Dr. Mehmet Ali ÖZKAN and informed them about the harmonization activities.

The committee also made house visits and was the guest of Seyit Omer MERIE who left Mosul in 2004 and came to Turkey and settled in Konya two years ago.

“Just Us Conversations” organized within the scope of harmonization activities will continue to be conducted in different provinces of Turkey with the participation of both communities. 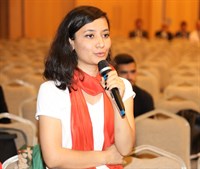 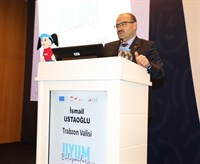 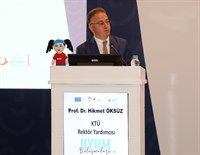 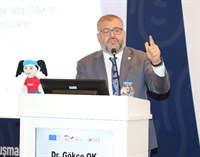 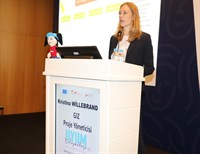 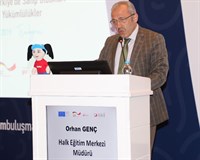 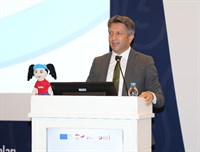 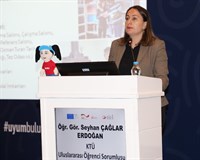 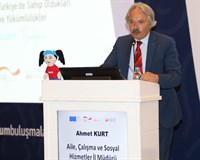 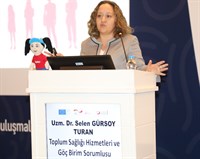 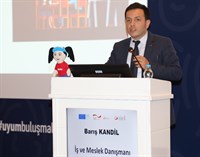 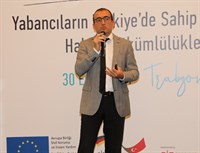